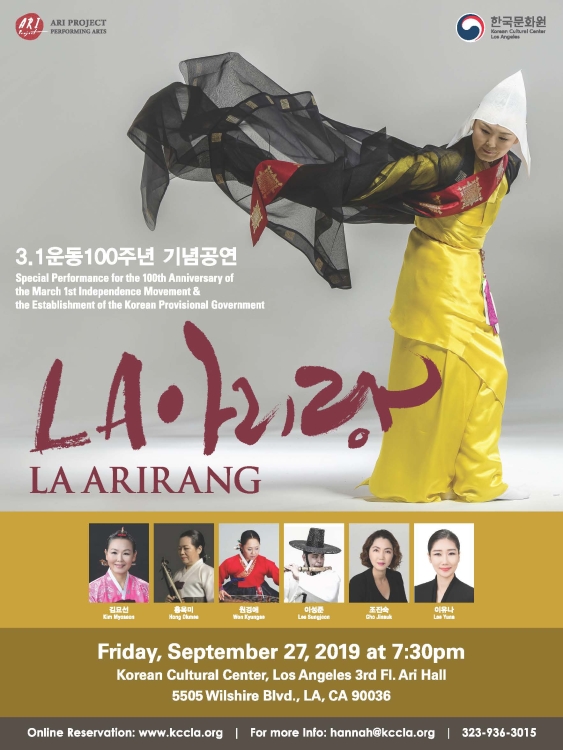 Arirang, Koreas most beloved and widely recognized Korean folk songs of all time, is listed on the UNESCO Intangible Cultural Heritage since 2012, and the event will highlight remarkable art of Korean traditional music and dance programs. The concert will feature the reinterpretation of Pan by traditional artists of Korea, Japan and America.