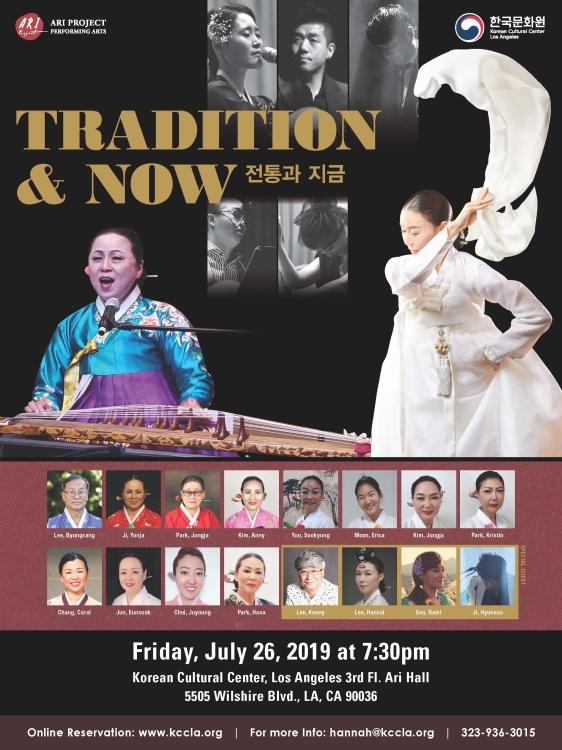 The concert consists of two parts. The first part of the concert starts with a gayageum ensemble and continues on with traditional Korean dances like Taepyeong-moo and Korean folk dance. It also includes a remarkable performance called Imyeong choreographed and danced by Hansol Lee. Imyeong in Korean translates to the painful ringing in the ears, but if the sound moves our minds, Imyeong can become our inner voice. Hansol Lee says, If we could retranslate Imyeong into a dance, the sounds can be interpreted as a beautiful sound that moves our body.

The second part of the concert starts with a solo gayageum performance by Ji, Yun Ja, and continues on with a fusion Gugak by Hyunsoo Ji and Rami Seo. An unusual but amazing ensemble of keyboards, flamingo guitar, gayageum, and saxophone will undoubtably move the hearts of the audience.

Admission is free, and reservations can be made online or over the phone.
www.kccla.org 323-936-3015