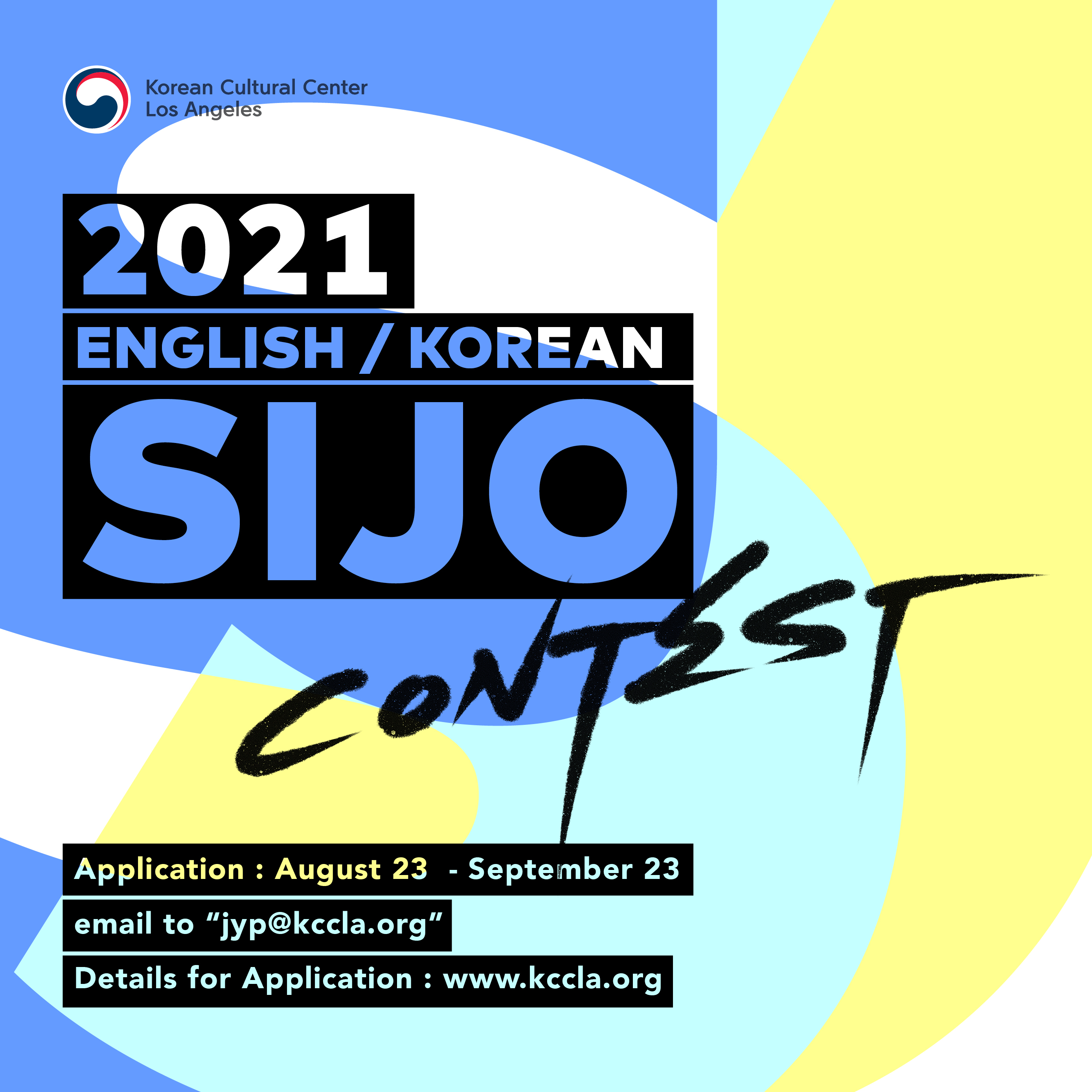 KCCLA is having the 2nd SIJO CONTEST!

Sijo is often compared to Italian Sonnet or Japanese Haiku, but Sijo's thematic range and its lyrical characteristics differentiate itself from other types of rhymed verses in the world.

How to write Sijo:

HOWEVER, the syllables don't have to be THAT rigidly grouped as long as the general structure is similar to the form suggested above.

Theme: liberation, freedom and independence (in celebration of the Liberation Day of the Republic of Korea, Aug 15)

The winners' Sijo poems will be posted on KCCLA Social Media as a virtual award ceremony.

Results will be announced on Oct 1 2021, via KCCLA Social Media.