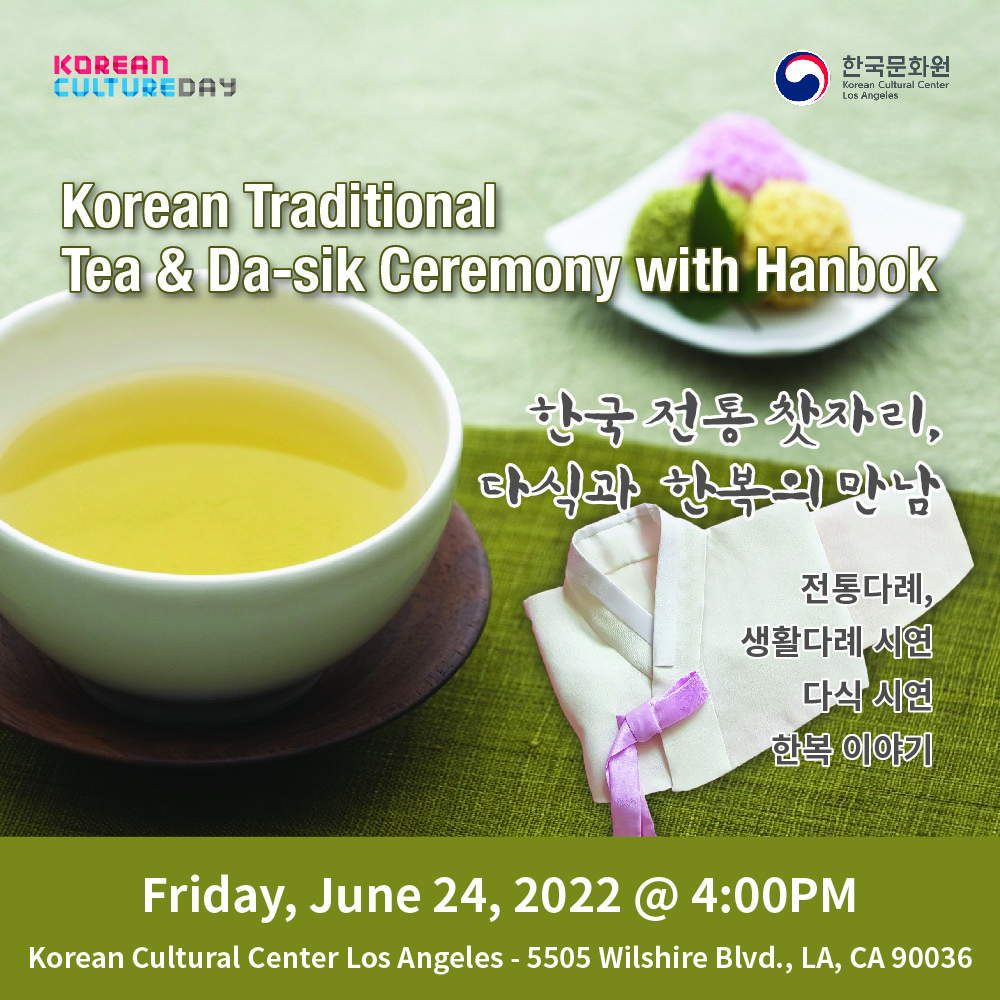 This event, together with Youngmi Lee, director of the California branch of the Myungwon Cultural Foundation, will be held for education officials, such as elementary, middle and high school teachers, university professors, educational administrators, and public health teachers in the United States, under the themes of traditional Korean tea ceremony, da-sik, and hanbok.

During the tea ceremony, there will be an introduction and demonstration of daily tea routines such as persimmon leaf tea, lotus leaf tea, and hydrangea tea, as well as making da-sik using dried figs and pecans.

Dasik refers to food eaten as a dessert in Korean cuisine or with tea at a tea ceremony. It is often used as a storage food by drying grains, pine nuts, peanuts, sesame seeds, walnuts, and fruits, or making Korean sweets, Yugwa, and Jeonggwa. It becomes a tea ceremony when Da-sik is cut into pretty patterns to share the taste, aroma, and beauty of Dasik.

In particular, during the hanbok story time, the royal robes of the king and queen, the wedding clothes of the groom and bride, and clothes worn by ordinary people will be introduced, along with a session for participants to try on the different kinds of hanbok. In addition, props such as a headpiece, samogwandae, gat, hairpin (yongcham), and jade belt will be introduced.