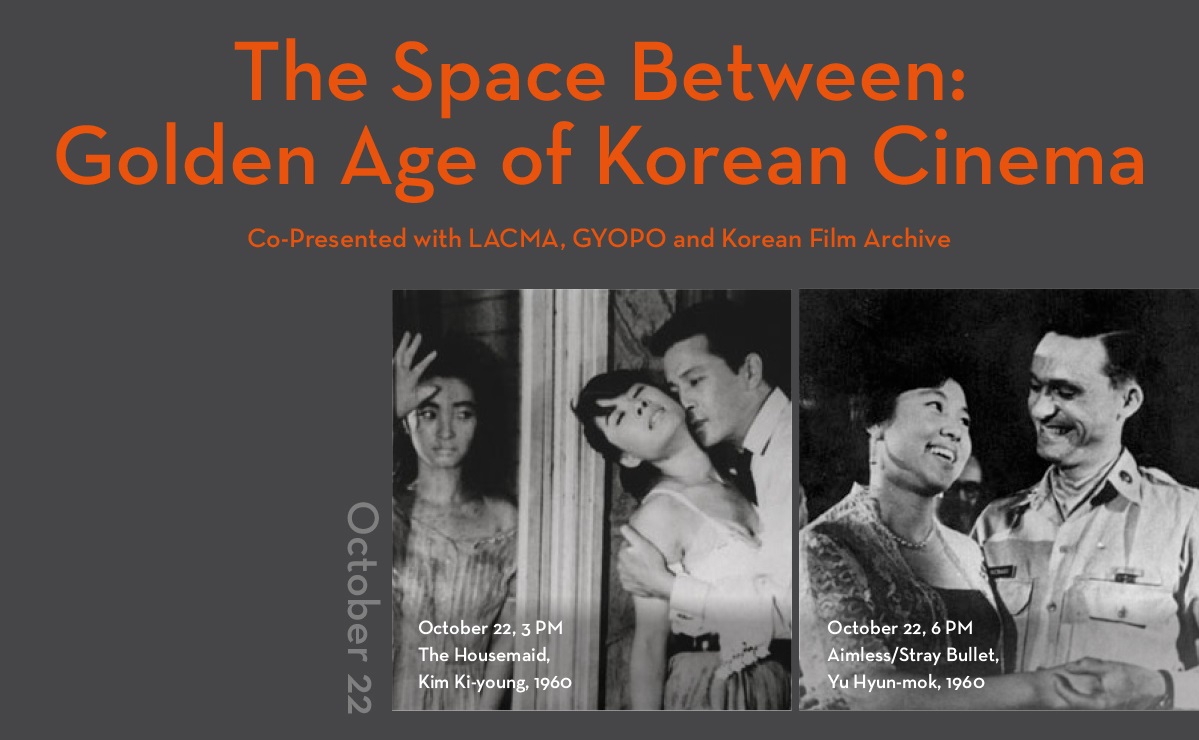 In conjunction with the exhibition at LACMA, The Space Between: The Modern in Korean Art, join us for a selection of cinematic gems of the Modern era. This spectacular period (1954-1972), bookended by the war and a period of stifling film censorship, generated some of the most well-regarded films in Korea's history.

Join us for two double features, highlighting the work of four of the most influential Korean directors, Kang Dae-jin, Kim Ki-young, Shin Sang-ok, and Yu Hyun-mok, who cemented filmmaking as a legitimate artistic medium, allowing for the modernizing country to disseminate its unique worldview on an international stage.

This film series anticipates a symposium in February 2023, dedicated to scholarship on the Golden Age of Korean Cinema, organized by GYOPO and co-presented by KCCLA, LACMA, and the UCLA Center for Korean Studies.