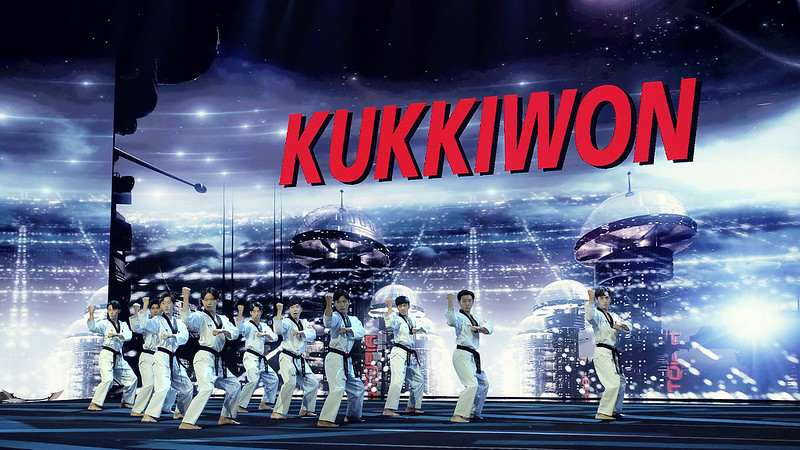 Korean Cultural Center, Los Angeles (Director Jung Sangwon) will be hosting the Kukkiwon Taekwondo Demonstration Team’s performance on Monday, October 17, 2022 at 12PM at Dickson Court North on the, UCLA campus to commemorate the 140-year friendship between Korea and the United States, with support from the Ministry of Culture, Sports and Tourism, KOFICE, and the UCLA Center for Korean Studies (Director Namhee Lee).

Taekwondo is the national flag of Korea and is at the forefront of cultural exchanges enjoyed by people all around the world.?

Currently practiced by more than 150 million people worldwide, Taekwondo is a scientific and systematic Korean traditional martial art designed to strengthen and cultivate both the body and the mind to build etiquette, temperament, and patience. It became an official Olympic medal sport at the 2000 Sydney games.

As a representative brand and leading cultural content of Korea, Taekwondo serves as a spearhead for public diplomacy as it receives enormous attention and love from people that helps to spread not only Taekwondo, but Korean culture as well. In particular, the State of California was the first to designate ‘Taekwondo Day’ annually on September 4 in 2021 which has now become ‘International Taekwondo Day’.?

It is meaningful that the Kukkiwon Taekwondo Demonstration Team, the world’s best Taekwondo demonstration team who received the Golden Buzzer and made it to the finals on NBC’s “America’s Got Talent” will be proudly performing for students, professors, and the general public at the University of California, Los Angeles (UCLA).?