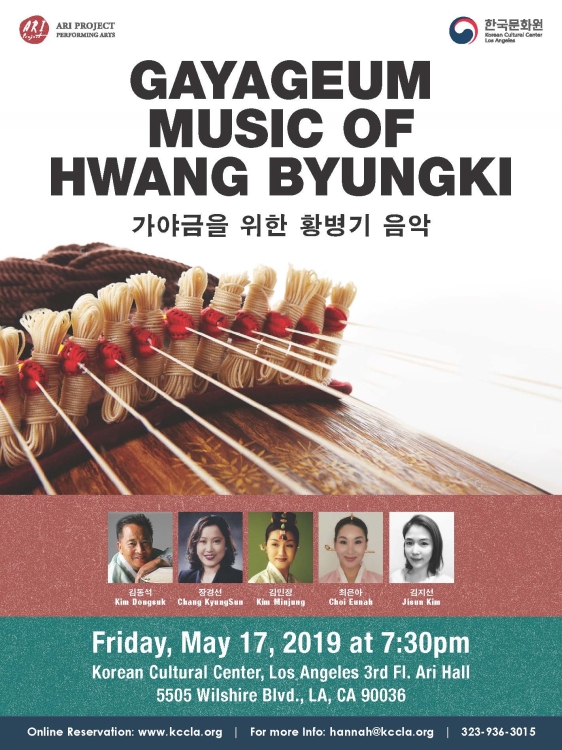 This concert will be performed mainly on gayageum by Dongsuk Kim, director of Korean Classical Music and Dance Company, and Kyungsun Chang, Minjung Kim, Eunah Choi, and Jisun Kim who are widely known among the Korean community and the mainstream society as artists who promote Korean music and dance to commemorate the late Hwang Byungki’s gayageum music.

Hwang Byungki is well-known as a Gayageum player, composer and founder of creative Gayageum music. Since 1960, he has released his 12th Gayageum-based original song, Forest, and has composed many other Gayageum music such as
Press Release
List